Getting back to where we left last time,

Tamaki san was heading to a place called “nijuu magari”

as the old lady in the guest house recommended.

As he arrives at the top of the hill,

Fuji san appears in front of his eyes.

Looking from this angle,
the beautiful Fuji san is showing a new face again!

Tamaki san says that we can see Fuji san even in the city,

if the weather is clean and clear of course…

But it won’t have the strong impact it has when you look at it from this distance.

Says that he can understand the reason why people come here many times.

It’s a place you can feel the change of the 4 seasons as well.

Fuji san’s view from nijuumagari is chosen as the

Getting back to the road again, 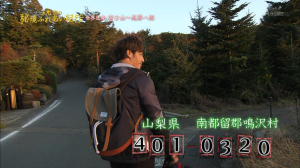 Tamaki san says that the sun is almost about to set… 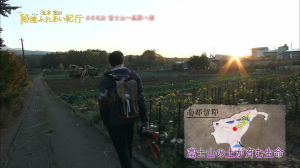 But the journey has not ended yet!

The next place he is visiting is called “Narusawa Village”.

Looking at Fuji san from this area,

Tamaki san says that the face of Fuji san has changed again,

as the angle he is looking at has changed a little bit.

Then he encounters a man working on his farm.

After greetings and asking him for a little chat,

he asks the man what he is doing.

He answers that he is harvesting Nappa (vegetable leaves)

which are known as the famous vegetables

being produced around this area. 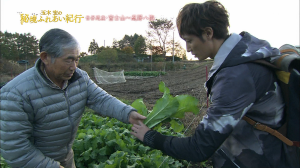 Then hands it to Tamaki san

and asks him to take a closer look.

despite the height of this area and the cold weather.

and has been produced in Narusawa village since the Edo era in Japan.

Then after Tamaki san asks him about how they should be eaten,

Kobayashi san says that they can be eaten raw… just as they are!

So he tries one right there…

And says that it’s really juicy.

After having a short talk about the qualities of the ground here,

and how it has been effecting the farming and the products around this area,

It is said that the Fuji san you can see from here (Yamanashi),

has a feminine appearance…

Tamaki san asks him if he likes it here…

and he replies with yes of course,

being it the place where he was born in. 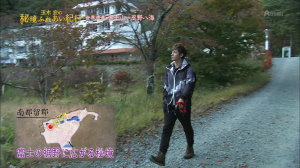 Another Fuji san with a little bit of difference…

Tamaki san says that the view from here is kinda magical again.

and the area covered with the tree leaves nearby.

Exploring the landscape and the light with such details…

The view of Fuji san we see from here is called

It’s because of the other mountain rising in front of it.

The next stop is “Aokigahara jukai” which is also famous as

As for Tamaki san,
this is not his frist time here!

He’s been here for the shooting of the movie

Walking in the forest,

Tamaki san says that you cannot even hear the birds singing here!

It really is a freaky but mysterious place XD

“The vital force of this tree is amazing!” 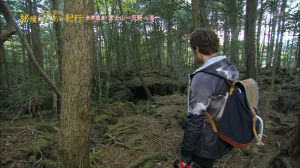 and has been here before…

but after a short pause he says that

He can’t make his mind after all XD

“If you are not careful here,

you can really lose sight of the directions

and easily get lost here!”

But no one can deny the beauties of the nature here!

An even more amazing place was waiting for Tamaki san!! 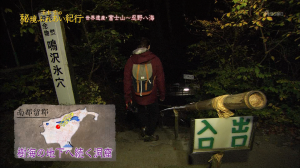 The next place he is about to visit is

An ice cave which was created

by the eruptions of Fuji san many years ago.

but as he goes deeper…

it becomes narrow and he has to sit..

it becomes even worse and it’s too hard to move forward.

But he manages to cross the narrow way and reaches the steps,

but even going down the steps is not easy (^_^;

It would have been a piece of cake

but not for him!!

Walking down the stairs,

Finally he can stand up again,

The walls of the cave are covered with ice.

Once again it gets narrow…

And the temperature suddenly drops down as Tamaki san says.

The water coming down from Fuji san and other mountains,

will lead to these cave and make this natural ice statues.

“It really is the mountain holding an immeasurable power inside.

You can feel the great scale of it!

Not only the things on the ground which are visible to the eyes ,

there are things all being connected to each other

laying under the ground,  with no doubt.

thinking about how it’s connected to everything I encountered today… 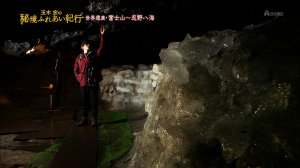 makes you think deeply about it all!”

Fuji san and everything around it,

was as lovely as I had expected ^^

And as I promised last week,

A view of Fuji san from nijuumagari!

Taken by Tamaki Hiroshi of course ^^

His next trip is to 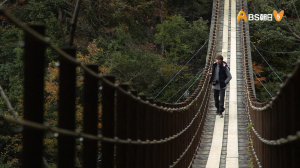 Meeting people for the first time… 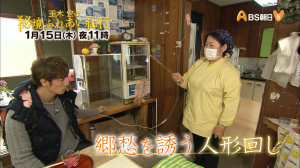 and discovering the unexplored

Thank you for reading until the end,
Please stay tuned!!